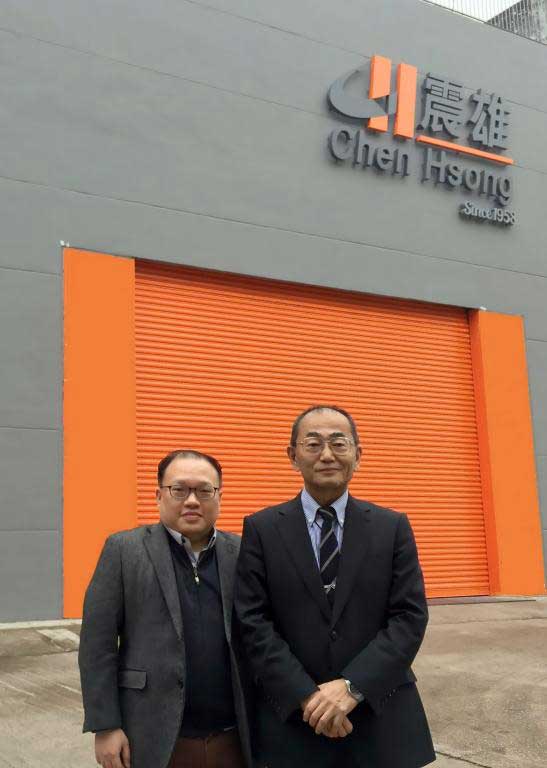 It was back in March 2011 that Chen Hsong, one of China’s largest injection molding machine manufacturers, and MHI PLATECH CO., LTD (Mitsubishi Heavy Industries Plastics Technology, or “MHI”) first announced a formal partnership in the OEM manufacture of large-tonnage two-platen injection molding machines. In August of the same year, the first “MMX” large-tonnage two-platen injection molding machine was launched, and in November started exhibiting in large-scale sales events held by U-MHI in Japan. Toyota Motor Japan became the first customer of the new “MMX” product line produced jointly by Chen Hsong and Mitsubishi. The “MMX” series would then rapidly become a hot-selling product, receiving much praise and trusts from global buyers.

This year, the strategic cooperation between Chen Hsong and U-MHI (Ube Mitsubishi) enters its 8th year. With great honour, we were able to invite Mr. Koji Kubota, President of U-MHI, and Mr. Shaoyu Peng, General Manager of Sales for U-MHI (Hong Kong), to share with us their experiences with regards to this partnership, the advantages of two-platen injection molding machines, and general development of the injection molding machines market in China throughout these years.

Today, even seasoned businessmen find it hard to find a good and trustworthy partner. Another consideration is whether the the products should be produced locally, or out-sourced to OEM’s? No doubt China has become a global “OEM Centre.” There are so many OEM manufacturers in China, but not many outstanding or reliable ones. If you need to find one that is capable to cooperate with your own business development strategy, your options would be even fewer. Therefore, when Mitsubishi Heavy Industries and Chen Hsong announced their partnership in 2011, the entire industry in general, as well as customers, were of great concern.

Founded in 1958, the Chen Hsong Group is already 60 years old, and one of the largest producers of injection molding machines in the world. Chen Hsong’s JETMASTER, EASYMASTER, and SUPERMASTER series, with their own innovative technologies and outstanding quality, are globally renowned brands. Chen Hsong is also a technology leader and even manufacturers their own computer controllers and software (complete with Industrie 4.0 networking features). Chen Hsong’s strong technical capabilities and large-scale production capacity provided a higher efficiency, better quality and more effective cost control that proved to be highly beneficial to their partners.

U-MHI (formed after merger of Ube with MHI) is one of the world’s top manufacturers of advanced injection molding machines and is also Japan’s largest. They specialized in medium-to-large-tonnage electric machines and large two-platen hydraulic machines. For decades, U-MHI’s large-tonnage two-platen machines has won the hearts of high-end customers, including many in the automotive and appliances industries.

The partnership between Chen Hsong and U-MHI is not only a a perfect win-win arrangement, but also a significant contributor to the recent adoption of two-platen machines in China.

Since launching the first “MMX” large-tonnage two-platen injection moulding machine in 2011, the MMX series has continued to expand. Clamping force now ranges from 1,050 tons to 3,500 tons (7 models in total), making it suitable for diversified production of large plastic products. The MMX series was designed by U-MHIPT using advanced analytical technology and boasts a lightweight, high-rigidity platen design, advanced locking structures, large specifications and a small footprint. It also employs a highly-intelligent hybrid-pump system in order to reduce the number of source nodes and achieve smooth, continuous power curves. Hydraulic cylinders are placed on both sides of the screw to form a compact injection device. As the injection pistons do not rotate, seals are more durable. Linear guide rails on the injection unit allow for low-friction, stable motion which also save energy. The MMX series has so many advantages over previous models, it is arguably the most cost-effective and reliable two-platen injection molding machine on the market.

As China factories become more and more sophisticated, manufacturers increasingly demand two-platen injection molding machines with small footprints. At present, many models of the MMX series are widely used in China, easily matching customers’ requirements in terms of speed and accuracy, especially clamping speed which has traditionally been the strong points of toggle-style machines. This is one of the reasons why the MMX series became very popular in China. In addition, the MMX series also filled in a demand gap between domestic machines and imported high-end machines.

The MMX series is widely used in high-end industries such as automotive parts, home appliances (such as large LCD TV’s) etc. Weight reduction has recently been a very important trend in the the automotive industry and the demand for medium-to-large-tonnage injection molding machines has increased. Weight reduction, better surface treatment, and welding performance between components all require automotive parts manufacturers to improve many components in vehicle bodies, windows, interiors, systems, safety, and control technologies. The MMX series, with its “fast, stable, accurate” performance, is thus an inevitable choice.

Controls technology of injection molding machines has now developed to a very advanced level. Intelligent control units, closed-loop controls, real-time feedback controls and other advanced technologies are being widely used. More sensors on the machines has accelerated the development of new intelligent control features. In particular, oblivious networking and IOT (Internet of Things) helped propel the industry towards a data revolution. Currently, many high-end injection molding machine suppliers provide technical support, training and even debugging and troubleshooting services for their worldwide users across time-zones via networked communications and remote-access technologies. It is now possible to monitor a machine without even leaving their offices.

Furthermore, advanced simulation technologies also allow injection molding machine manufacturers to do more accurate designs and thus save a lot of production costs. The entire machine can even be realistically simulated in software before putting into production. Many manufacturers are now adopting software simulation technology to provide their customers with more intuitive solutions.

In recent years, “Industrie 4.0” has become a hot buzzword in manufacturing circles. Industrie 4.0 refers to extensive uses of automation, sensors, IOT and the Internet from supply-chain to production, and embracing Big Data to enhance the productivity and quality of the entire value-chain through new levels of human-machine collaboration. In the future, injection molding machines will become more and more intelligent. Apart from more features and functions, the degree of automation, coordinated control and management of multiple machines will also increase. These are exactly the areas that Industrie 4.0 can help manufacturers effectively increase productivity and reduce costs.

Needless to say, Chen Hsong and Ube M-MHI are also moving, hand-in-hand, towards the goal of true Industrie 4.0. 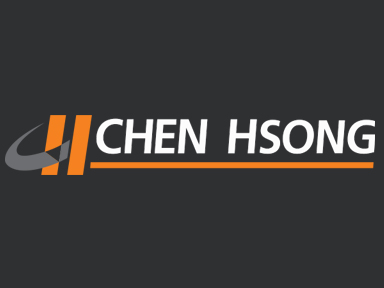 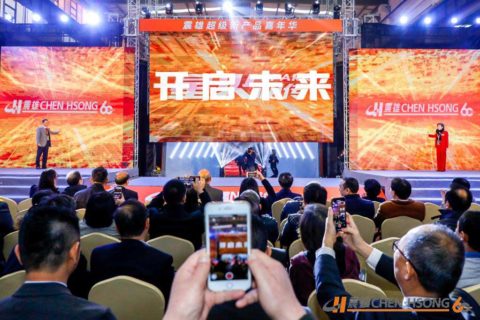 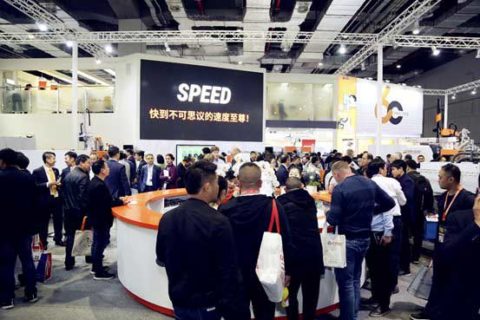 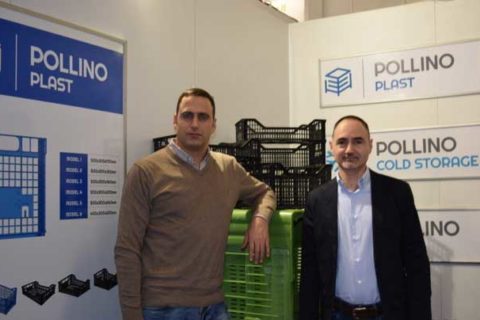